In April 2018, we visited Canaan, Haiti for the second time. This time, it was as members of 3 Generation Education.  Joining us on the trip were pastor Arthur and Maude, Fred Moses and Karen Grossman, and Hannah’s friend from high school, Grace.  Prior to the trip, Hannah, Jina, and Grace had collected art supplies, clothes, and money for cooking supplies.

Once we arrived and saw the familiar faces, it felt like being reunited with old friends. Canaan was also familiar, but it was apparent that a lot of development had taken place during the nine months between our visits.

The first 3 Generation Education project was in its early planning stages, but it was already clear that a generator for the school complex and a laptop for the director were high priorities. The generosity of our early donors let us provide both. The generator was able to light the school and the clinic. The complex was now independent of borrowed generators for evening events and the weekly movie night where many of the locals, young and old, gathered to see videos projected on the clinic wall. One night, we ran the generator and showed a movie for the villagers to enjoy. Grace, Hannah, and Jina made snacks for the moviegoers. A goal for the future of 3 Generation Education is to replace the borrowed video projector with one owned by the school for use not only for movie nights but for a media room where educational videos would supplement the classroom teaching.

In addition, Fred gave the laptop to the Grace school’s principal.  As he speaks some French, he was able to communicate with the principal in French.  She was grateful for the gift and stated that it would be shared among the teachers to prepare school work. 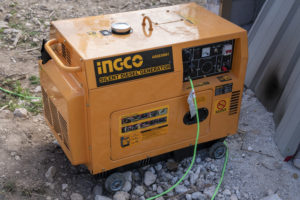 Some other highlights from our trip were:

Ji was treated to a surprise party by the Haitian couples for whom she and the studio members of Metalwerx made wedding rings.  It was so wonderful to hear how the wedding rings provided such an important symbol of marriage and how the couples so appreciated the gifts given them by the jewelry artists from America.

Ji and Karen held a cooking class at the health clinic, which has a small gas oven.  Some Haitian women eagerly took notes and shared the recipes with their friends who cannot read or write.  Ji taught them simple Korean dishes that she learned from her grandmother, and the women had a lot of fun making and tasting the dishes. 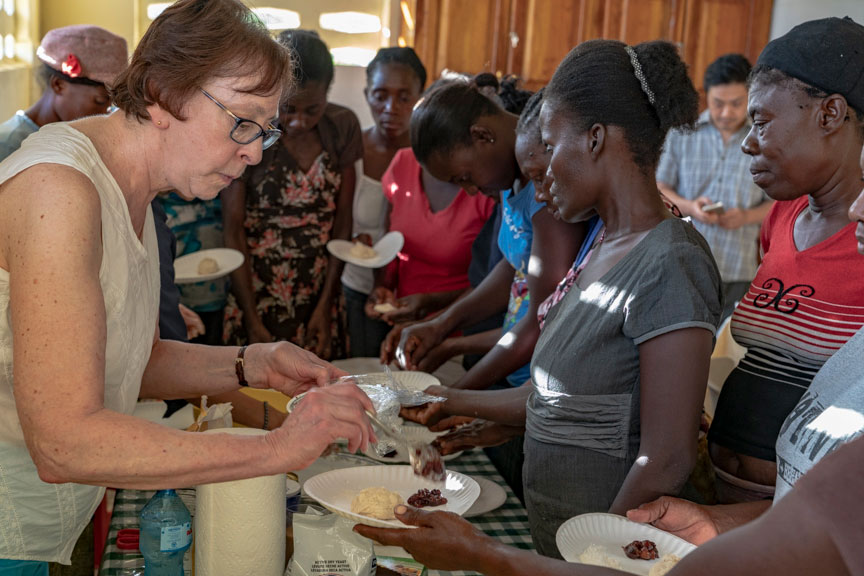 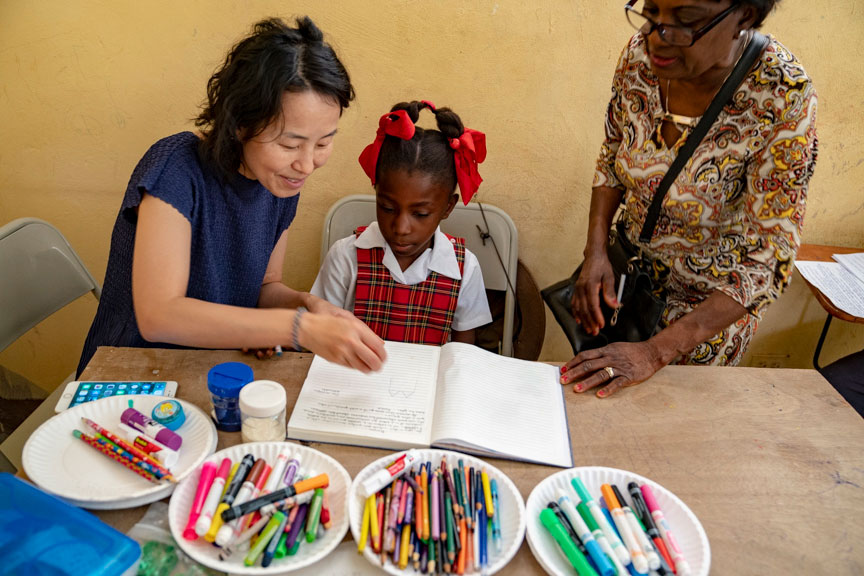 We asked students from the 5th and 6th grades at Grace primary school to write stories in notebooks that they would make into a simple storybook.  Maude translated the stories written in Creole or French.  We then worked with the students to illustrate the stories.   The storybooks were then given to the principal so that they could become part of the school library.  The 5th and 6th-grade students were excited to hear that their story books would be read by others.  This was such a rewarding experience for all that this is part of our project for the upcoming year. 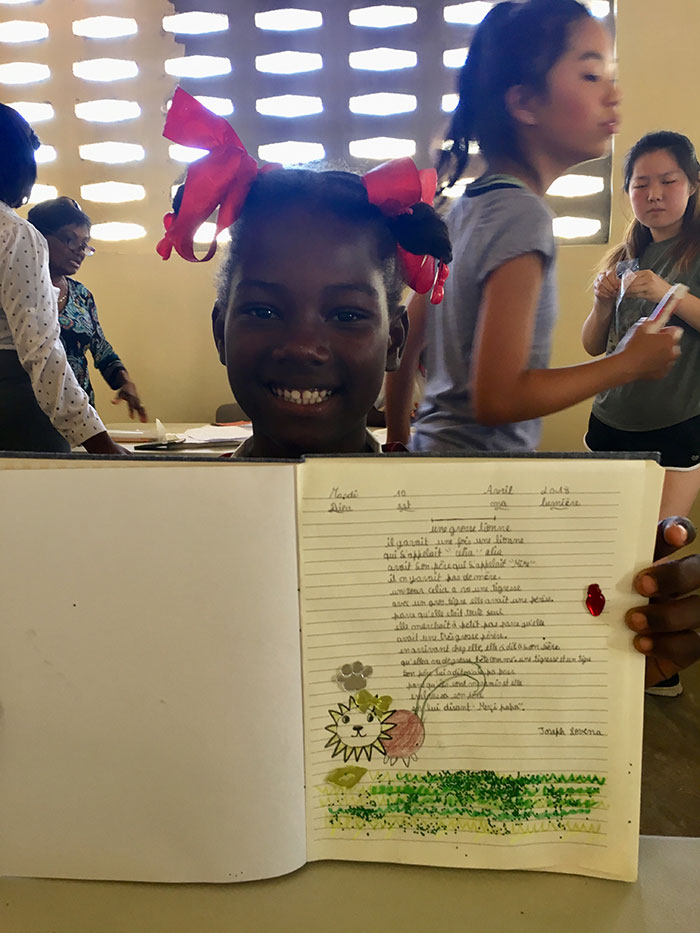 Also, given the popularity of the previous year’s clothes giveaway, we brought lots of donated clothes for the children. Each chose several garments and everyone had a great time! 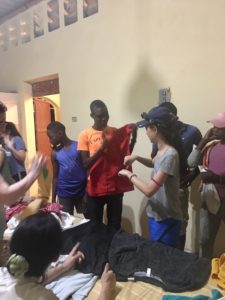 We got to see the lifestyles of the people in Canaan.  We were particularly struck by a man we met who trudged his wheelbarrow down to a town down the mountain and back to sell goods to the people of Canaan. Some time ago, the school gave his four children scholarships. He’s proud that through his hard work, only two now need scholarships. This showed not only the industry and progress of the Canaanites but also the school’s generosity and caring about spreading the opportunity for the education of the poorer children in the area. 3 Generation Education is proud to assist this. We look forward to adding technology which will enrich the education the school provides! 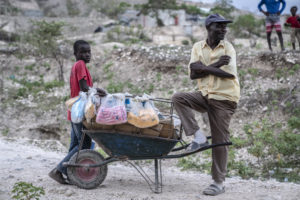